Detailed Survey Findings to be Discussed During Press Teleconference

Washington, D.C. (December 5, 2013) – Civic engagement is on the rise in corporate America, according to the results of the 2013 Civic 50 survey published today by Bloomberg. More businesses are giving employees the opportunity to work with community organizations and finding that it simultaneously increases their bottom line and employee satisfaction.

The Civic 50 survey, now in its second year, was developed by the nation’s leading experts on civic engagement, the National Conference on Citizenship (NCoC), Points of Light and Bloomberg. The survey was administered by True Impact and evaluated by a cross-sector team of independent qualitative evaluators.

The Civic 50 was created to measure corporate civic engagement and recognize top S&P companies that make socially responsible practices and community leadership part of their corporate culture. Corporations recognized as The Civic 50 set the standard for how a company’s time, talent and resources can best be used to improve quality of life in the communities where they do business.

“We are encouraged by the results of The Civic 50 survey, which show that increasingly community engagement is recognized as being core to business success,” said Neil Bush, chair of the Points of Light Board of Directors, and Michael Weiser, board chair, National Conference on Citizenship, in a joint statement. “We hope the best practices of The Civic 50will serve as a valuable resource for other companies that want to transform their business, make a greater commitment to their communities and change lives.”

"Bloomberg is honored to serve as a lead sponsor of The Civic 50 along with valued partners, Points of Light and the National Conference on Citizenship," said Elana Weinstein, Bloomberg's Global Head of Diversity, Inclusion and Community Engagement. "We are encouraged by the results of this year's survey and look forward to continuing a partnership which recognizes the tremendous value that corporate institutions bring to the communities in which we live and work."

Today, at 1 p.m. EST, NCoC and Points of Light will host a press teleconference to discuss The Civic 50 survey and its 2013 findings. Media who wish to participate may join using the following conference bridge: (855) 756-7520 Ext. 23302#. The discussion will review case studies that support major survey trends, including:

These criteria are organized into five dimensions. The top five highest scoring Civic 50companies are ranked in each dimension:

This year’s Civic 50 were also ranked by industry and market capitalization. 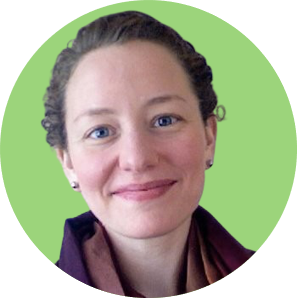